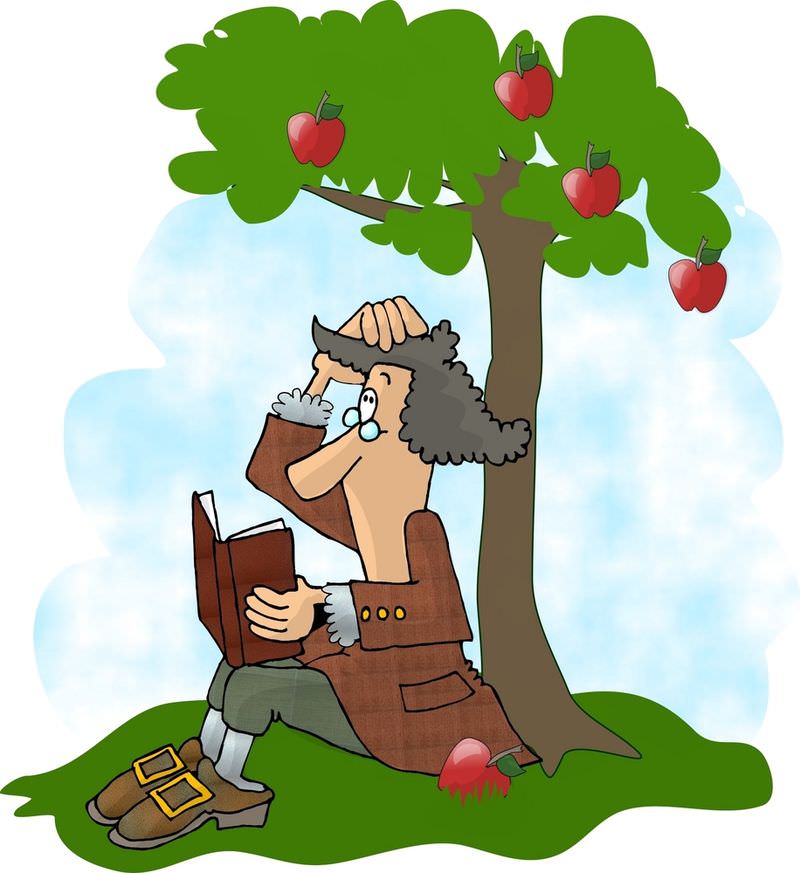 He didn’t really discover it per se. He explained what he observed from the effects of gravity but he never really tried to explain gravity, or where it comes from or what causes it and so on (e.g. such as how does gravity actually keep earth in its orbit?). He mainly explained force and effect of force on mass and so forth. Classical physics and and calculus were his big contributions, among others too. Physicist and mathematician Sir Isaac Newton was one of the greatest scientists to have ever lived.

Now look at this picture.

What is that, you say? This is what Philip Bish wrote.

As a result of the War of Spanish Succession and years of war with France, the British government’s debt had ballooned by the early 18th century. Its solution was to create the South Sea Company in 1711, which reduced its debt burden by requiring investors to exchange their government debt holdings for South Sea stock. To sweeten the deal, the government granted the company a monopoly on trade with Spain’s South American colonies. The South Sea company’s directors talked up the stock with ‘the most extravagant rumours’, and investors believed that the South American colonies would soon be trading their silver and gold for England’s fleeces and fine wool.In early 1720, Isaac Newton made his first small investment which, to his delight, doubled in just a few months and allowed him to sell out for a 100% profit. However, like most value investors have at some stage in their careers, he sold too soon and South Sea stock continue to rise. No longer in the market, Newton was forced to watch enviously as his friends and colleagues who still held stock basked in their newfound wealth. Unable to endure it any more, Newton decided to buy back into the stock but this time he committed a much more substantial proportion of his wealth. Despite the hype and promises of untold riches, the South Sea Company achieved very little and in September 1720, the bubble finally burst. The South Sea Company’s collapse meant thousands of individuals were declared bankrupt and the British economy went into reverse. Showing the more things change, the more they stay the same, a number of politicians and directors involved in fraud, bribery and insider trading were disgraced and had their estates forfeited. For his part, Newton’s wealth dropped like an…er…apple in an orchard and he ultimately lost most of his money. For the rest of his life he forbade anyone from speaking the words ‘South Sea’ in his presence.

Sa stock trading you can’t rely and you shouldn’t rely on IQ alone. EQ is as important as IQ. Mahirap pigilin ang emosyon. Greed at fear laging nandiyan yan. We can control them though. You can be greedy but still stick sa trading system mo. You can be fearful but stick sa trading system mo. You can worry about the stock na hawak mo but when the sell signal is hit you sell. You can dream na aabot sa ganitong price ang hawak mo and you will earn this amount or that amount pero once may sell signal na mula sa system mo you should hit that sell button.

So, how did Newton discovered gravity?

When he saw his stock fall. Hahaha.